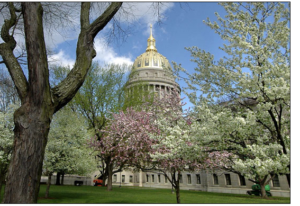 This video shows the detail of the Capitol Dome and Lantern–pause it by clicking in the center of the screen. (0.58/2009/BeautifulWVa)

This video includes views of both the exterior and interior of the WV State Capitol.

“The purpose of this publication is to chronicle and salute the tremendous efforts of all those individuals involved in the planning, construction and maintenance of the West Virginia State Capitol. It is hoped that the ensuing narrative, facts and data, as well as archival pictures and recent photographic work, appropriately detail the construction progress and classic beauty of this monument to the State’s citizenry. . . “

“When West Virginia became a state in 1863, the Capitol building was at the Linsly Institute in Wheeling. In 1870, the State Legislature designated Charleston as the Capital city. Citizens of Kanawha County provided a packet, Mountain Boy, to move all state records and properties down the Ohio River and up the Kanawha River to their new home in Charleston.

“In 1875, the Legislature voted to return the Capital to Wheeling. This was appealed by the citizens of Charleston and finally settled by the West Virginia Supreme Court of Appeals on September 13 in favor of Wheeling. However, state officials had boarded the steamers Emma Graham and Chesapeake on May 21 to start their trip to Wheeling. State archives and records did not arrive in Wheeling until late September aboard the Iron Valley steamer. This caused state government to be at a standstill for four months. On December 14, 1876, the city of Wheeling presented West Virginia with a new stone structure costing $120,000.

“The Legislature struck once more in 1877 and ordered an election to be held on August 7 for the citizens of West Virginia to select a permanent location for the Capital. The vote was between Charleston, Martinsburg and Clarksburg. Thirty days after the election, Henry M. Mathews proclaimed that after eight years, Charleston would be the government’s permanent seat. State officials again boarded the Chesapeake in May 1885 to move from Wheeling to Charleston. The steam towboat, Belle Prince, towed the barge, Nick Crewley, with its cargo of state records, papers and library. 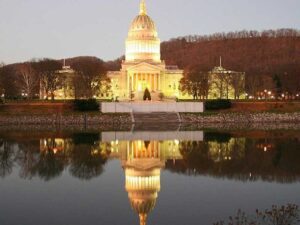 “The new Capitol opened on May 1, 1885, and served for 36 years until its destruction by fire on January 3, 1921. Ammunition, bought by the West Virginia State Police two years before, was stored on the top floor of the building. The ammunition had been purchased for use in the coal field disputes which had threatened to erupt into civil war. Supposedly several machine guns and rifles were also stored in the Capitol. The heat from the fire set off the ammunition and sent onlookers running in every direction. Smoke could be seen for miles. While firefighters were fighting the fire, two men mounted one of the fire trucks and took off for a joyride around Charleston. Police chased the men and arrested them.

“A cry went out again to move the Capital, with Clarksburg, Parkersburg and Huntington expressing interest. State officials authorized the building of a temporary capitol in Charleston one week after the fire. This building was constructed in 42 working days and lasted for six years. The “Pasteboard Capitol,” as it was known due to its construction of clapboard and wallboard, was destroyed by fire of unknown origin, on March 2, 1927. Luckily, the Legislature had authorized the construction of the present Capitol on the north bank of the Kanawha River in 1921. This building was completed in 1932 at a cost of $10 million.”

“A Century Ago, the West Virginia State Capitol Burned”

“Charleston’s first workday of the new year was shaping up to be pleasant, if uneventful, 100 years ago today, as mild temperatures and an absence of rain lured crowds of post-holiday bargain hunters and office workers to errands in the capitol city’s downtown district. . . “

“’A Moving Monument: The West Virginia State Capitol’ tells the story of the six statehouses that have served as West Virginia’s Capitol — a historic journey steeped with beauty, controversy and mystery.   This documentary provides viewers with the opportunity to trace the establishment and movement of the WV State Capitol over time.” 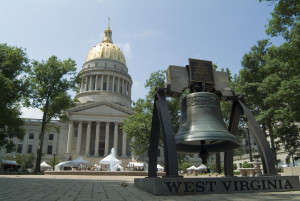 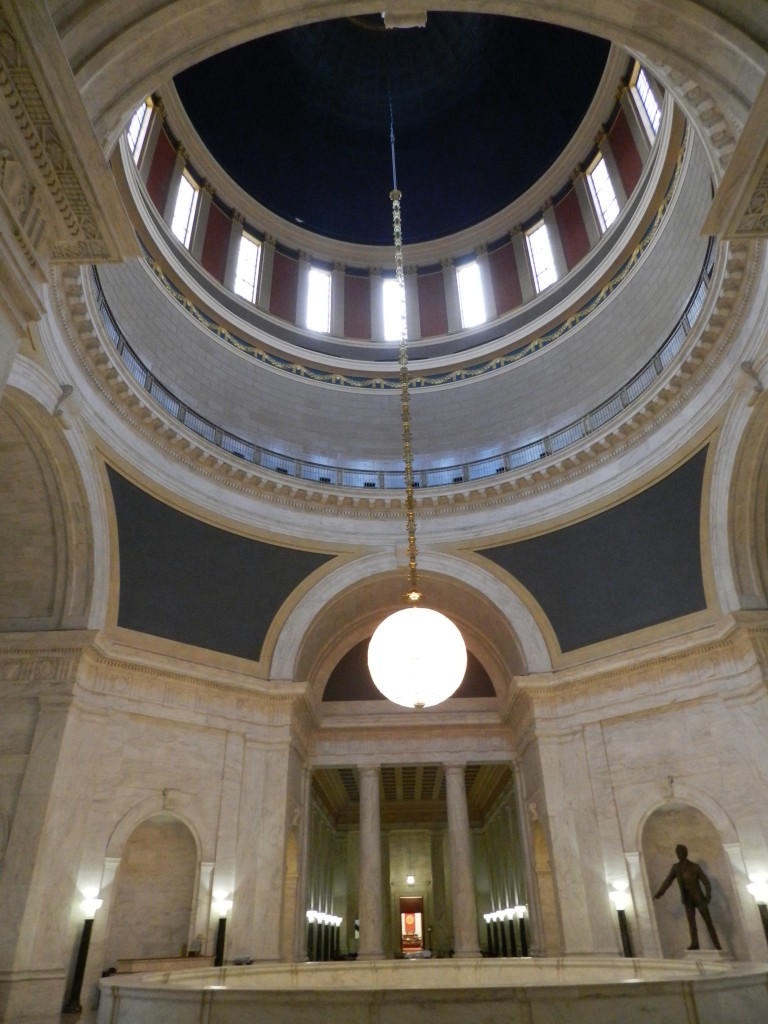 “Designed by renowned architect Cass Gilbert, the WV State Capitol sits along the Kanawha River in Charleston.  Gilbert, who also designed the US Supreme Court Building, designed the statehouse to embody both simplicity and beauty.  Completed in 1932, the Capitol sits on 16 acres and is one of the few state capitols to have a gold-leafed dome.” 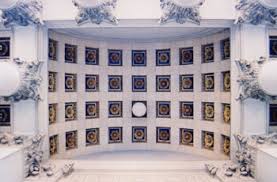 “Once atop the spacious stairways at either the North or South exterior of the Capitol, one can look directly above to observe examples of the ceiling rosettes. The colonnade of these porticos is styled in the classic Roman Corinthian order, and supports a vaulted ceiling that features square coffered panels containing these rosettes, which represent West Virginia hardwoods.”

“Beneath the rosettes that adorn the ceilings that lead to the House and Senate chambers, lawmakers, visitors and employees move and hustle through the maze of people that line the 535,000 square feet of halls and floors. The walls stand still, made from the finest marble, and those who walk by barely notice the tiny details translated from architectural design into art. Amidst the blue and red panels of color that contrast from the Rotunda’s center, all find themselves concerned with the legislative process, while the visible architecture and hidden details of the building are lost in the background to the business of the day.”

For more than 85 years, the West Virginia Capitol building has housed the iconic crystal chandelier, illuminating the rotunda for generations of lawmakers and visitors who pass below — its presence a fixture in the statehouse. But now, it’s been taken down.”

“Work to reassemble and raise the rotunda chandelier at the West Virginia State Capitol is underway.  The massive lighting [fixture] was removed and transported. . . “

“The Foundation of Justice: Chamber and History” – West Virginia Judiciary

<<This is a two part video – this part shows the Courtroom and History of the Court.  The other part is on the “Research Resources” page and deals with the WV Court System.>> 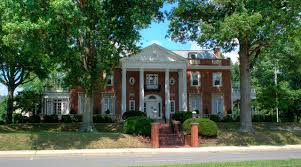 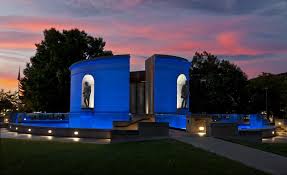 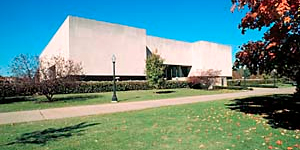 A camera-equipped drone provides aerial views of the Capitol and its campus. (3:11/2014/DavidGroves)

“This walking tour gives detailed explanations to each building and monument on the West Virginia State Capitol Complex.” 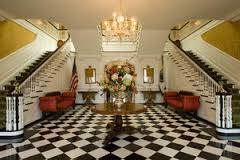 “The West Virginia Executive Mansion is of red Harvard colonial brick laid in Flemish bond with black headers, and is fronted by a central, two-story portico with a bracketed pediment that is supported by four free standing and two engaged fluted Corinthian columns. The arched entrance way, painted white to complement the brickwork, as is all trim, frames a delicate fanlight above the door . . .” 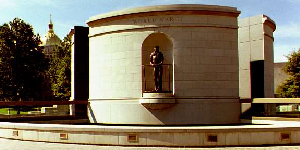 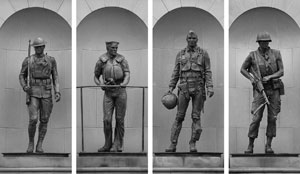 “The West Virginia Veterans Memorial is a two-story oval shaped monument honoring more than 10,000 West Virginians who made the ultimate sacrifice in defending the nation in twentieth century conflicts. Composed of four limestone monoliths surrounded by a reflecting pool, the interior walls are faced in polished black granite etched with the names of these men and women. The Memorial was designed by P. Joseph Mullins, who also sculpted the four figures representing the four major twentieth century conflicts and the four major branches of military service.” 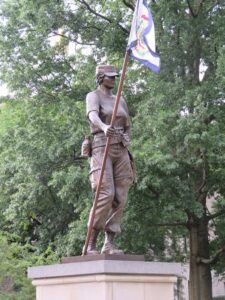 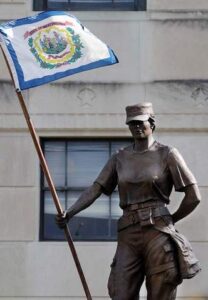 “Female veterans waited more than 13 years to have a symbol representing their service to the country installed at the state Capitol. The wait ended one year ago when a large bronze statue of a military woman was placed about 50 feet from the West Virginia Veterans Memorial. Nearly one year to the date, the statue will finally be officially commemorated. . . “ 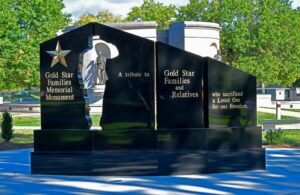 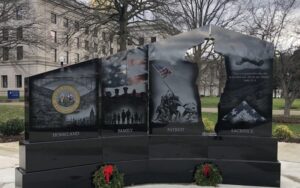 “Gold Star Families Memorial Monuments are a two-sided tribute made of black granite. One side bears the words: Gold Star Families Memorial Monument, a tribute to Gold Star Families and Relatives who sacrificed a Loved One for our Freedom. The other side tells a story through the four granite panels: Homeland, Family, Patriot, and Sacrifice. At the center of this tribute, is a silhouette of a saluting service member which represents the Legacy of the Loved Ones who have paid the ultimate sacrifice for our Freedom. Together, these features tell each community’s unique story based upon the Pillars of the Foundation. “

(Several other locations in WV have completed and/or planned monuments, in addition to this one at the WV State Capitol Complex.) 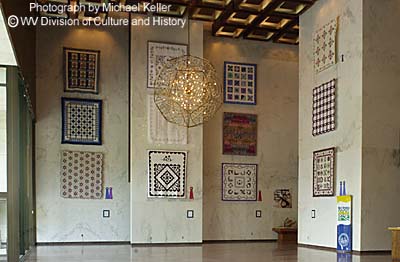 “The Culture Center, a contemporary though complementary companion to the State Capitol, opened in 1976 to showcase West Virginia’s artistic, cultural and historic heritage. The lower level of the WV State Museum recently re-opened after a complete renovation. You can also view the art and history exhibits in the Lobby and the Balcony Galleries; browse the State Archives library, or join in one of the dozen exciting festivals and events held throughout the year.  The Culture Center houses the offices of the Commission on the Arts and the State Historic Preservation Office, as well as the State Museum, State Archives and other administrative staff.”

Explore WV Library Commission’s “What We Do” website  —  includes links to State Reference Library, Library for the Blind and Print Disabled, Library Consulting, Library Television Network, and West Virginia Center for the Book

“The mission of the West Virginia Division of Culture and History isto identify, preserve, protect, promote and present the ideas, arts and artifacts of West Virginia’s heritage, building pride in our past accomplishments and confidence in our future.

“The Division’s main offices are in the Culture Center at the State Capitol in Charleston.”

The Division includes the State Archives and History, WV State Museums, West Virginia Commission on the Arts and the State Historic Preservation Office.

“An Introduction to the West Virginia Archives and History”     (3:14/2013/wvarchivesandhistory)

“An Introduction to the West Virginia Arts Section“  (3:13/2013/wvarchivesandhistory)

“An Introduction to the West Virginia Historic Preservation Office”     (2:42/2013/wvarchivesandhistory)

<<Additional information on the WV State Museum at the Culture Center is below.  Information on Camp Washington-Carver, Museum in the Park, WV Independence Hall Museum, and Grave Creek Mound Archaeology Complex is on the “Museums” page.>>

“The West Virginia State Museum is dedicated to inspiring, educating and enriching the lives of the public by instilling a deeper understanding and sense of pride through the collection, preservation and exhibition of diverse cultural and historic traditions, focusing on every aspect of West Virginia history, culture, art, paleontology, archaeology and geology from all geographic regions – representing the people, land and industries.”

Explore “The WV State Museum at The Culture Center” Website

“An Introduction to the WV State Museum”

“The West Virginia State Museum in Charleston has a new look. Reading every sign and watching every movie could take up to 26 hours. We take you on a tour of some of the highlights.”     (5:37/2009/WV Public Broadcasting) 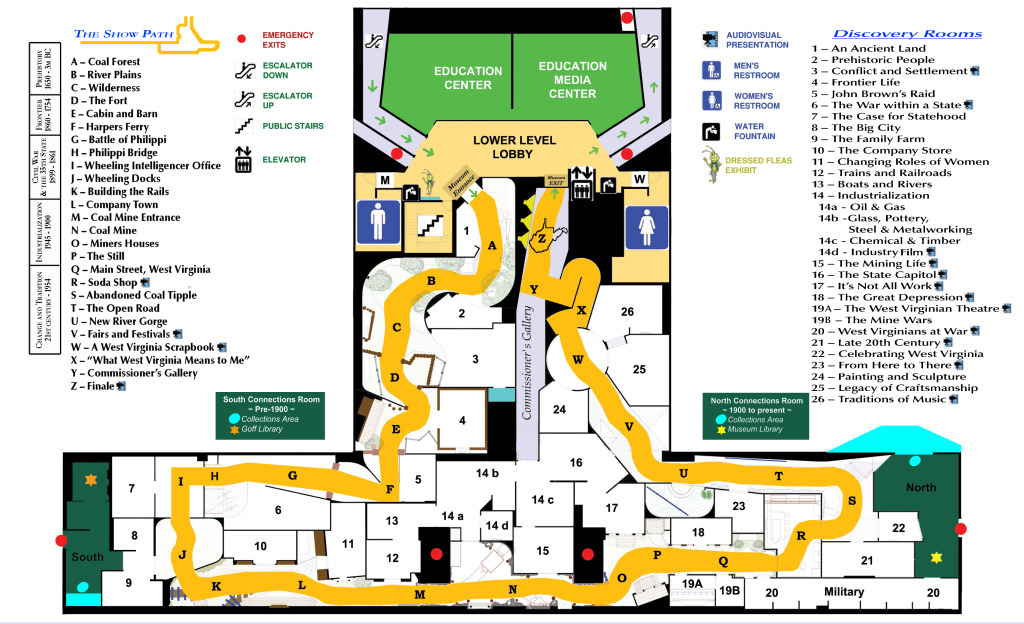 Explore an interactive map (similar to the above) which allows you to view a Discovery Room by clicking on the room’s number.